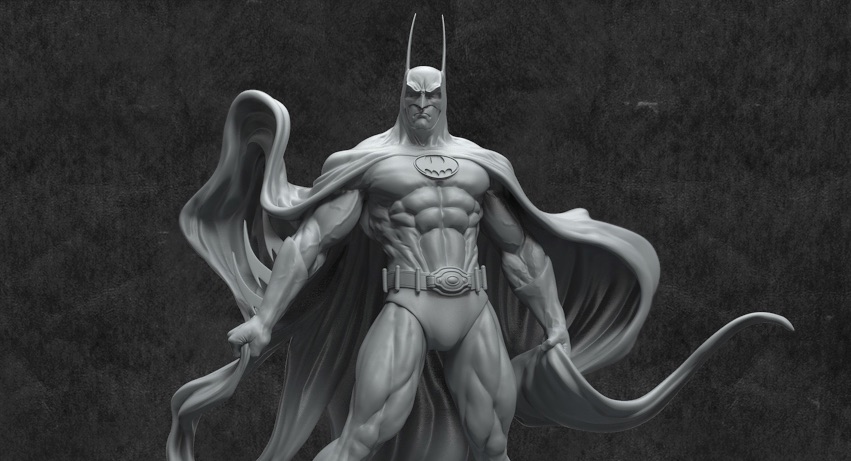 I have been holding back for a Batman statue until I found the right one, a while back I almost bought the Arkham Night one from Prime 1, but I was not too trilled with the pose, and also was unsure I wanted to add a ⅓ scale to my ¼ collection.

I have also been put off by the big studios statues, they are not unique enough and the ordering system (a good example XM Studios) is designed in a way that really benefits flippers, to see PO’s going for 3x the original price, it’s a kick on the teeth of real collectors.

But waiting paid off, I was able to get a real special piece, it’s a ¼ Batman on a Chinese style roof (‘Hong Kong’ I believe it’s the piece name) by the talented Avi from AY Sculptures, they only deal on private commissions and only 10 of them were made, I got number 4 !

Will be quite a few months before it’s painted, but trilled to bits to have it !