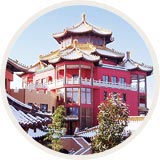 I have just booked my train tickets today, I’m off to Cologne (Germany) at the end of the month.

There is a WebHosting Day conference in Cologne on the 28th, this is the sort of conference that’s important for me to attend, so I started to look for the dreaded plain tickets .. after sorting it al out, I decided, just for curiosity, to see if I could get there from manchester by train instead.

I will then stay on a .. err .. Chinese hotel 😀 called “Hotel Phantasia” on Phantasialand

I then return on the 29th, once again First Class from Cologne to Brussels, leave at 12:14, arrive at 14:32 .. I then decided to take a few hours to check Brussels .. i never been there, so this is a good chance to sightseeing, later at 17:56 I take the train to London and arrive at 19:28 .. the train to manchester follows an hour later.

I’m very excited .. several reasons, this conference is a must be for us (PSoft/Comodo) .. and Serguei Beloussov (SWsoft CEO) will be one of the speakers and they will have a booth, it will be a good chance to rub shoulders with the competition and learn what they are up to 🙂 … and of course, the chance to add Brussels and Cologne to my “Have visited” list.

I started a tradition of buying a Teddy Bear with the country I am on stamped on it somehow a while back, my task while there is to get one from Germany and one from Brussels to add to the French, American and Scottish ones I have … yep, I am missing quite a few 🙂

2 thoughts on “Going to Germany”