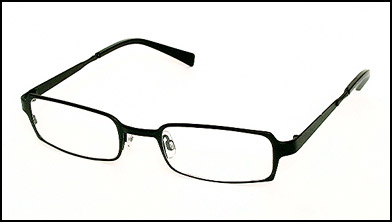 Last Friday I decided I had enough suffering form my current Specs, so I went to SpecSavers on downtown Cardiff decided to get me a new set.

The old ones were about 4 years old, and had been mangled and abused by my kids, the nose gel supports were tore off, and the plastic around the ear support was bit off on the left side .. in short, it got handled by kids 🙂

Lucky me, they had one of those two-for-one sales, so i was able to get a set of prescription shaders as well

The clear ones “Osiris” Designer Frames

Total cost for both sets was £197 .. including clear coating and eye examination .. not bad at all 🙂

I picked the Shades on Monday and the Clear today, it has taken quite a while to get used to them, the prescription is just a slight adjustment to the old one, but it’s different enough for me to notice .. so it will take a few days to fully adjust to it.