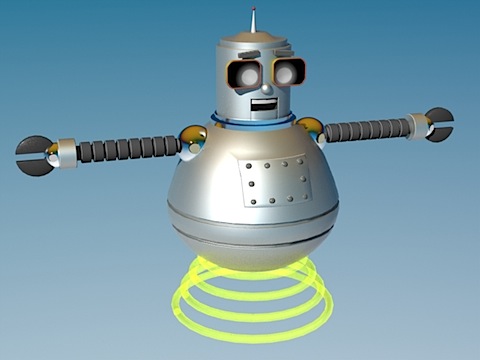 Tonight I managed to start some of the texturing on the Robot, unfortunately Modo is still proving unstable at times, it crashed a couple of times on me.

Texturing in Modo, I cant say it’s hard, but I prefer the way lightwave does it, hopefully with the upcoming versions it will get better, I was also a bit disappointed with the lack of “Glow”.

Next I will try painting on the textures, to give it a bit of an worn-off look in some areas, I still need to make the belt, tools and more detailing, but it’s getting there