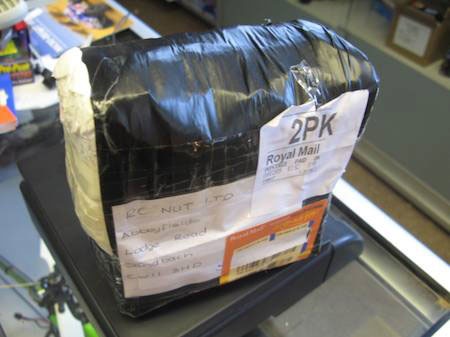 I sold a Fioroni Turbo Sliding Clutch to George about 4 – 5 days ago, upon receiving it, he reported that when he mounted it, the flywheel jammed to the engine and would not turn, and even worst, he now could not remove the flywheel nut, when he turned it, the shaft rotated with it and the flywheel remained in place.

Since George is a bit inexperienced, I suspected perhaps he forgot to put a collet in, I was further sure of that when he seems not to know what a collet is .. 🙂

To avoid damaging the engine, I asked him to send it to me and i’d take a look, well, it just arrived today… 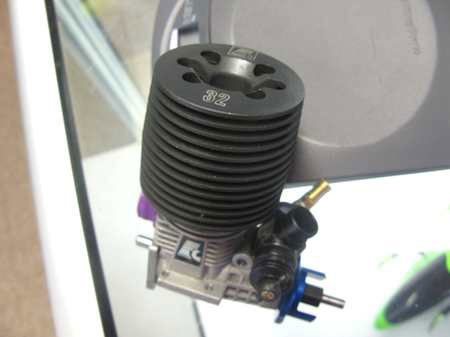 Here is the beast, it’s quite a large engine, the Hong Nor RTR’s comes with them by default .. I can only imagine how insane a CR Buggy must be with one of those, anyway, back to the topic on hand. 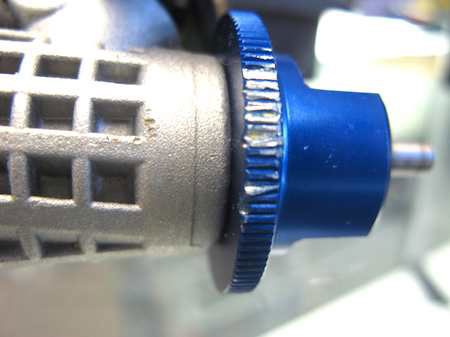 You can definitely see how tight the flywheel is to the engine, I am at this point 99% sure the collet is missing (or is just way to small), I noticed George had done some superficial damage to the flywheel (some mole grips perhaps) .. I wanted to avoid doing further damage to it, so it was time to pull out the big gun … the piston locker 😀 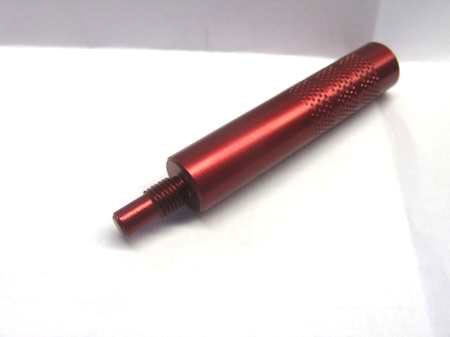 Now, I am ashamed to say so, but I actually never used one of them before, so I puled one off the shelf, it’s a good toll to have in my pitbox anyway .. 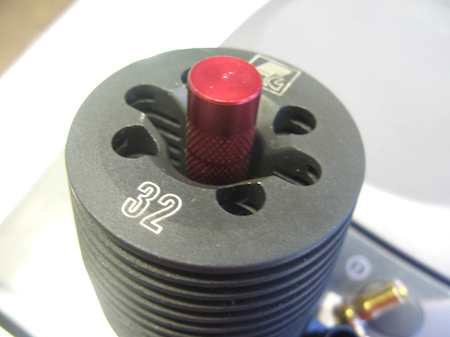 For those who dont know, this is how it works, you screw it into your glowplug socket, the protrusion on it will sit nicely on top of your piston head, preventing it from traveling upwards, therefore locking the piston and allowing you to tight or un-tight a flywheel with no need to use any mole grips or anything else on the flywheel itself, or in this case, since the flywheel had no grip, be able to remove the nut .. period.

I must say, I was pleasantly surprised at how easy having the piston locker makes the whole ordeal .. 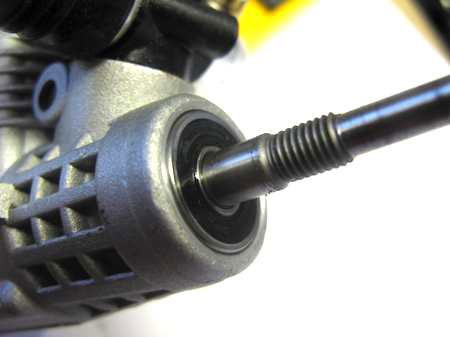 And voila .. once the flywheel was out .. the problem was quite visible .. indeed there was no collet 🙂 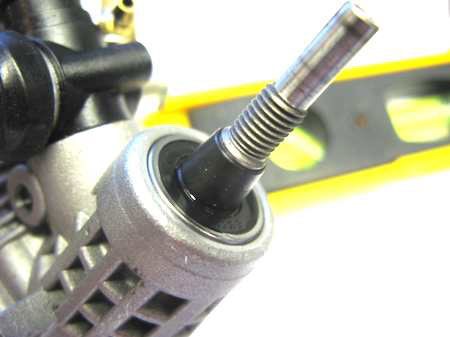 A whopping £2.99 later, and a nice new Hong Nor Collet (or taper cone as some call it) was in place

And there you have it, the flywheel is safely tight in place, and a nice gap shows between it and the engine, it turns just as it should … the whole repair costed exactly £2.99 and took 15 minutes … no sign of any damage to the engine, and the scrapes George did on the flywheel are just cosmetic .. in a few weeks of using it with the starter box, you wont seem them anymore 🙂

What did I learn from this ordeal ?, stop busting your behind with zip ties on the top of the piston or mole grips on the flywheel, definitely get a piston or crankshaft locker .. well worth it.