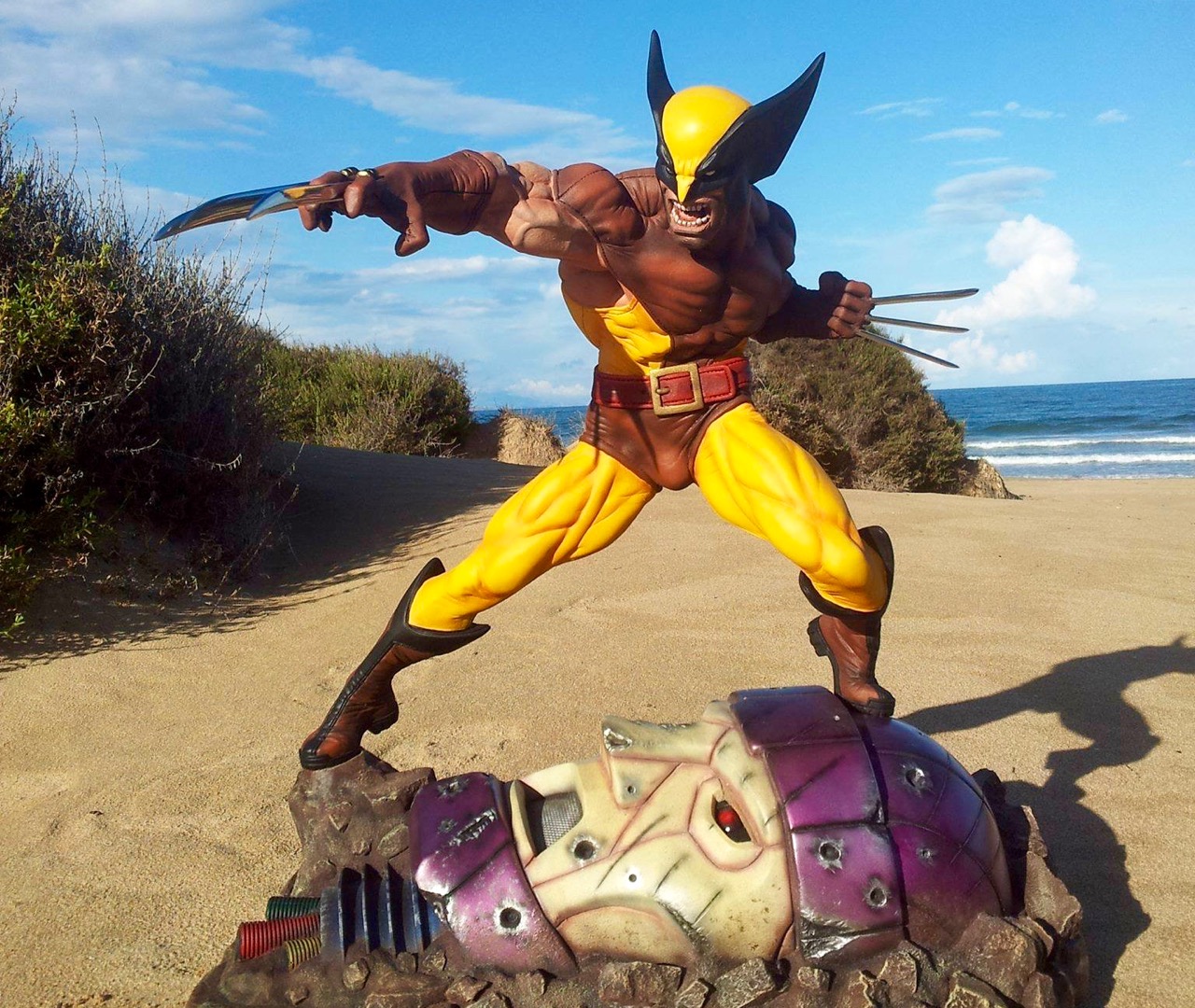 Another one for my collection, this ¼ scale Wolverine.

The sculptor was Michael Baldwin, who only did a 30 statue run, I love that as it makes it quite rare, but then it was painted by the amazing Carlos Fariza Rodriguez from Spain, who added some improvements to it, such as actual steel claws and lights on the sentinel, so it’s a true one off .. great sculptor meets great painter.

Somebody did mention (one of those that once you see it, you can’t un-see it) that it looks as if Wolverine has … a boner !

Indeed from the images it does look as such, but I am told in person you don’t see it the same way, either way, it fits the character ! 😀 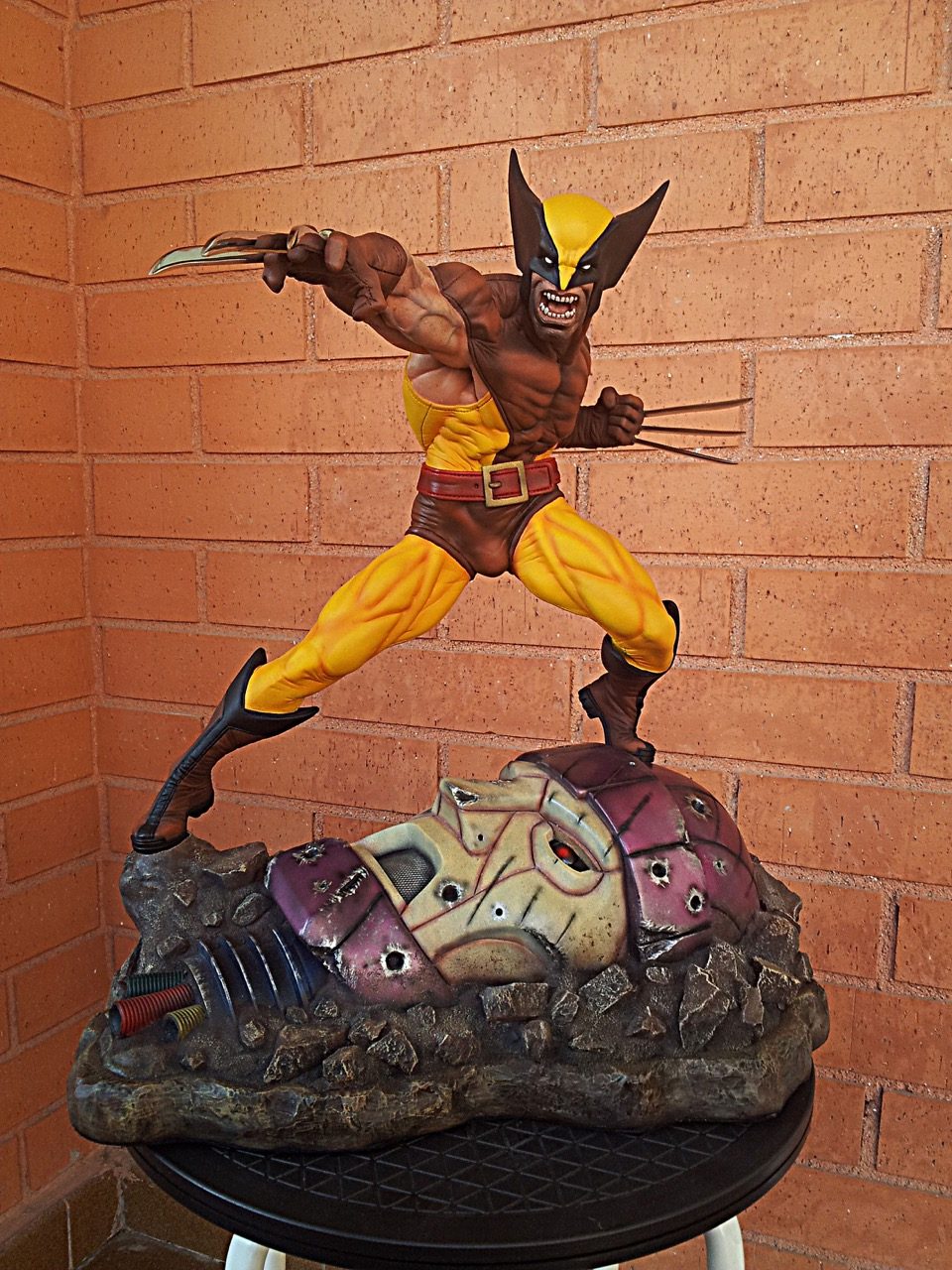 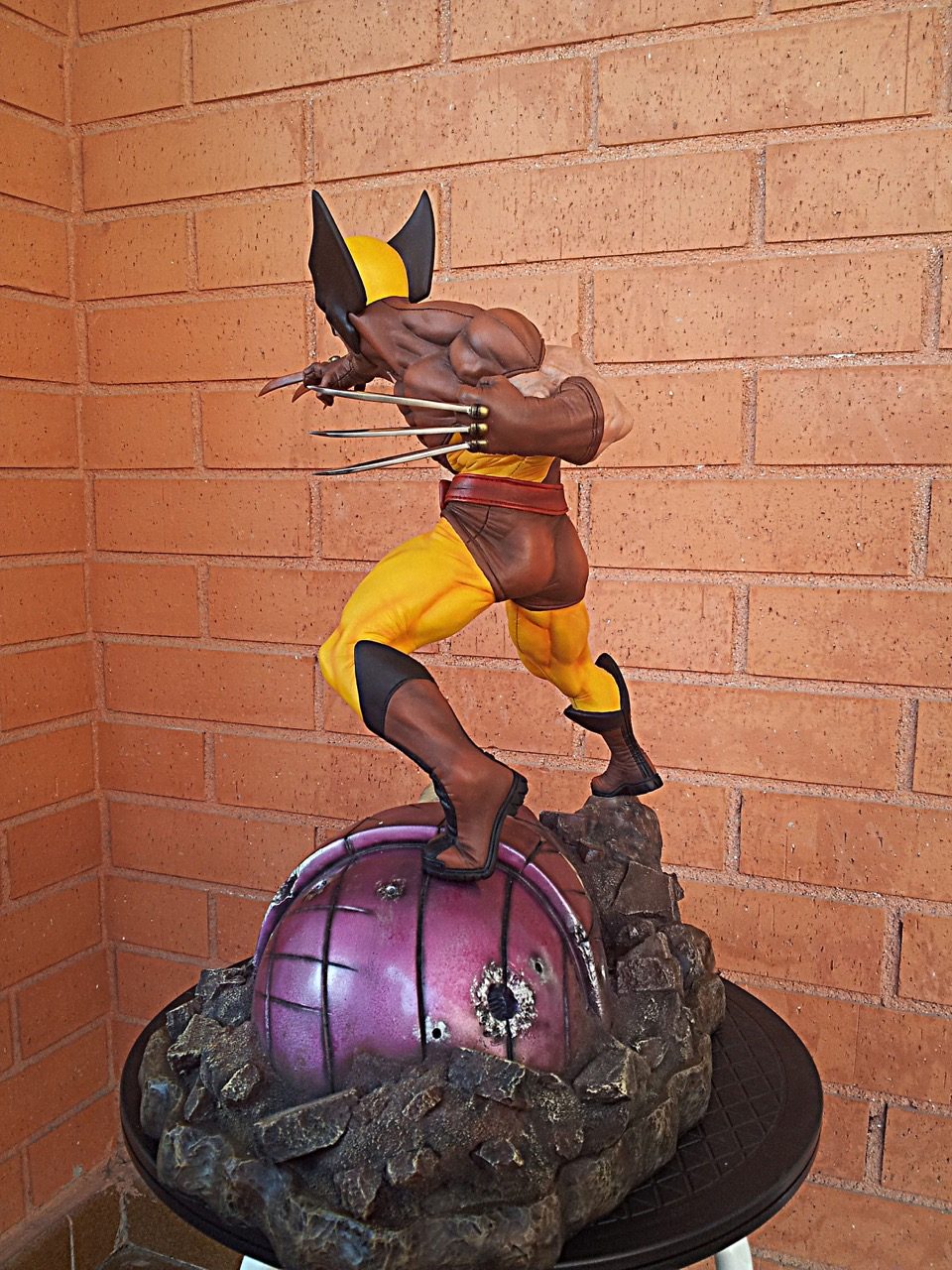 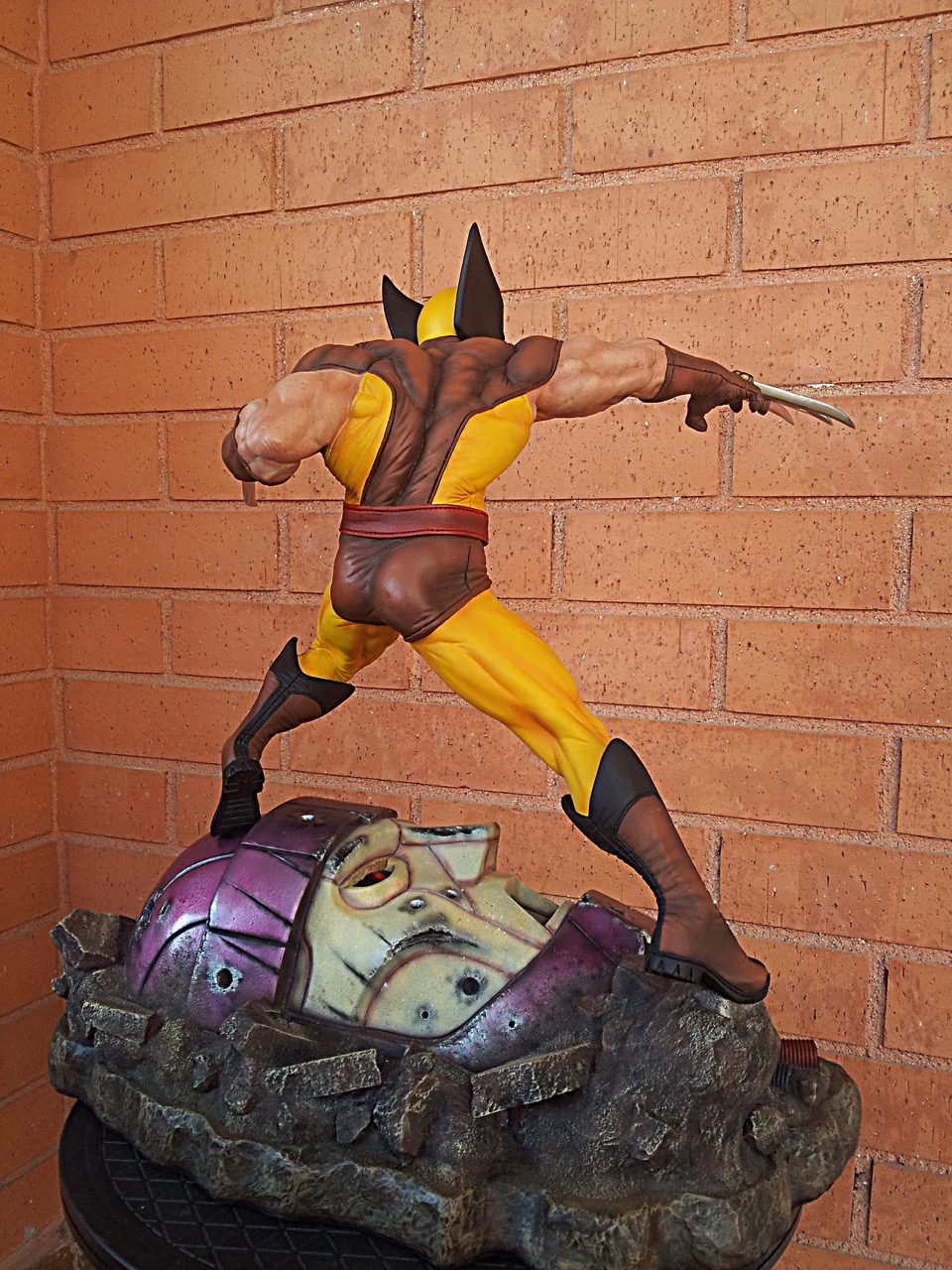