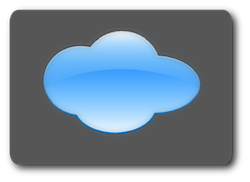 Since starting working on the VPS.net Cloud project, several people have asked me … what exactly is a VPS Cloud ?, I quickly explain it’s a conglomerate of high power servers and network based storage working in unison to allow almost instant deployment, scalability and self healing, a true utopian hosting environment…

That is usually followed by “yes .. but where is the actual cloud ?” .. and then my job just got harder.

Thanks to many Marketing Departments the web world over, this is how people see a “Cloud” System

Just a harmless cloud, living on this magical hyperspace world, an intangible object of mystery and awe .. with unlimited resources and power .. accessible only to those mega rich corporation and the smartest of sysadmins.

Fortunately the reality is a bit more down to earth, a cloud looks a little bit more like this: 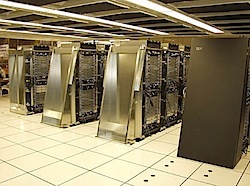 Yes, sorry to crush your dreams, but the vps cloud really is a mega collection of servers and network storage, man made physical things that can be touched by a human at ground level.

So what is this technology different and ground breaking ? what makes our VPS Cloud so great ?,
Simple .. instead of having 1000 individual servers, each housing 20 or 30 individual VPS’s who are limited by the server they reside on, we have one massive VPS cloud, with the combined power of 1000 servers that can be utilized to deploy VPS’s in seconds that are amazingly scalable, not bounded by a single server limitations and can be self healed in case of disaster in less than 1 minute.

In a regular VPS setup, you are offered this: 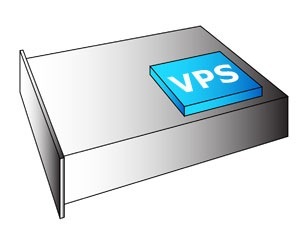 Basically you are purchasing a fixed % of a single server, lets look at a theoretical scenario, if the VPS provider allows 20 VPS’s per server you get:
* 5% Of the memory (Ram)
* 5% Of the HD Space
* 5% of the CPU
* X Amount of traffic

But that wont stop there, many VPS providers sell the ability to “Burst” on such environment .. and it’s sold as a “good” thing, except for the other people on the server, when you need to “Burst” .. the resources need to come off the other people’s 5% .. you might not care if you are the one bursting, but what if somebody else is bursting on your machine ? ..

Plus there is overselling, yes, it is possible on a VPS and widely done so by budget providers, once again, it will take away from your expected 5%.

Keep in mind my scenario is not a generalization, some VPS providers have a better offering than others, allot wont oversell, but in the end the limitations of this single server setup are the same for most all.

And last, if the server goes down, so go all the VPS’s inside it, a lengthy recovery process then follows.

The VPS.net Cloud works a little different, instead of a server we have a much more complex setup: 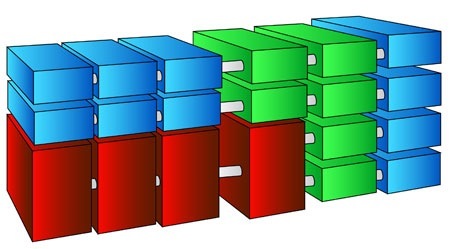 It’s a huge array of cabinets full of servers, al in unisync with each others, sharing a resource pool (alias, the VPS Cloud) and split into groups depending on their function, this my friends, is our VPS Cloud.

In this environment, the vps is deployed across the VPS Cloud, utilizing resources from different sources, it also allows to scale almost instantly (less than 30 seconds in most cases) to sizes larger than most providers dedicated server offerings, it also allows for the creme de la creme .. Self Healing in less than 1 minute.

Our major feature will also be, NO Over-selling .. once somebody buys those resources, they are taken away from the VPS Cloud availability pool, even Hard Disk space is not oversold .. you truly get what you pay for .. 🙂

How it’s done is a combination of technical ingenuity and our kick-ass back-end software, exclusive to VPS.net .. this is what really differentiates us from a regular vps provider ..

But the discussion into our backend software and it’s capabilities is one for another blog post, …. stay tuned more more details on days to come both here and at the VPS.net Blog 😉