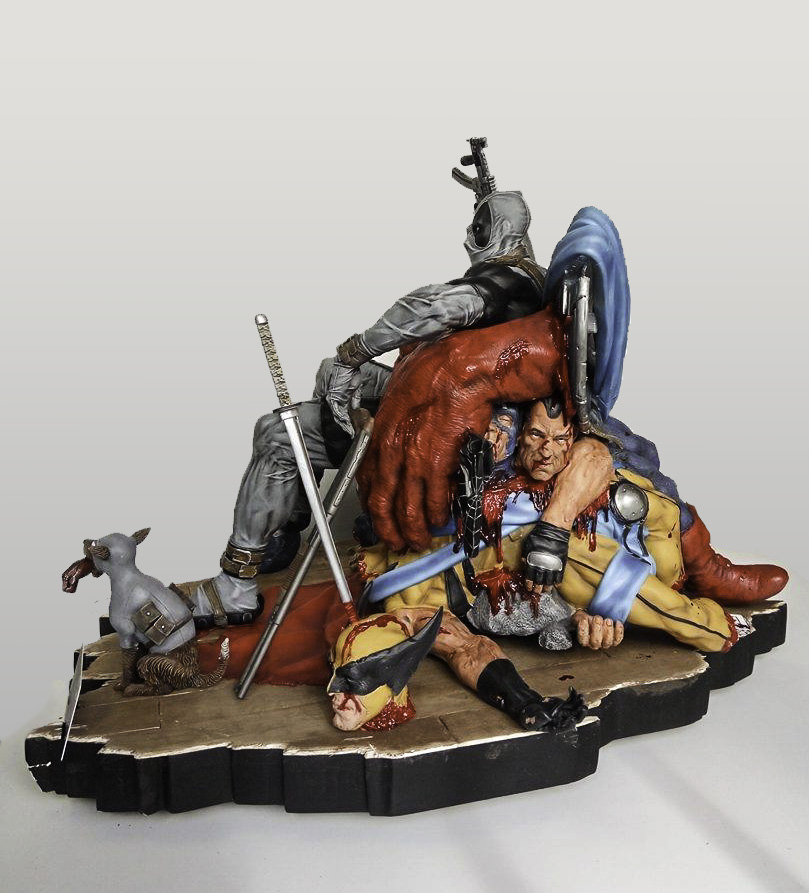 So David sent me some better pics of the finished statue, saving them here for future reference.

Some of the changes in comparison to the default statue

Still a few more goodies to come, such as Infinity Gauntlet and others …