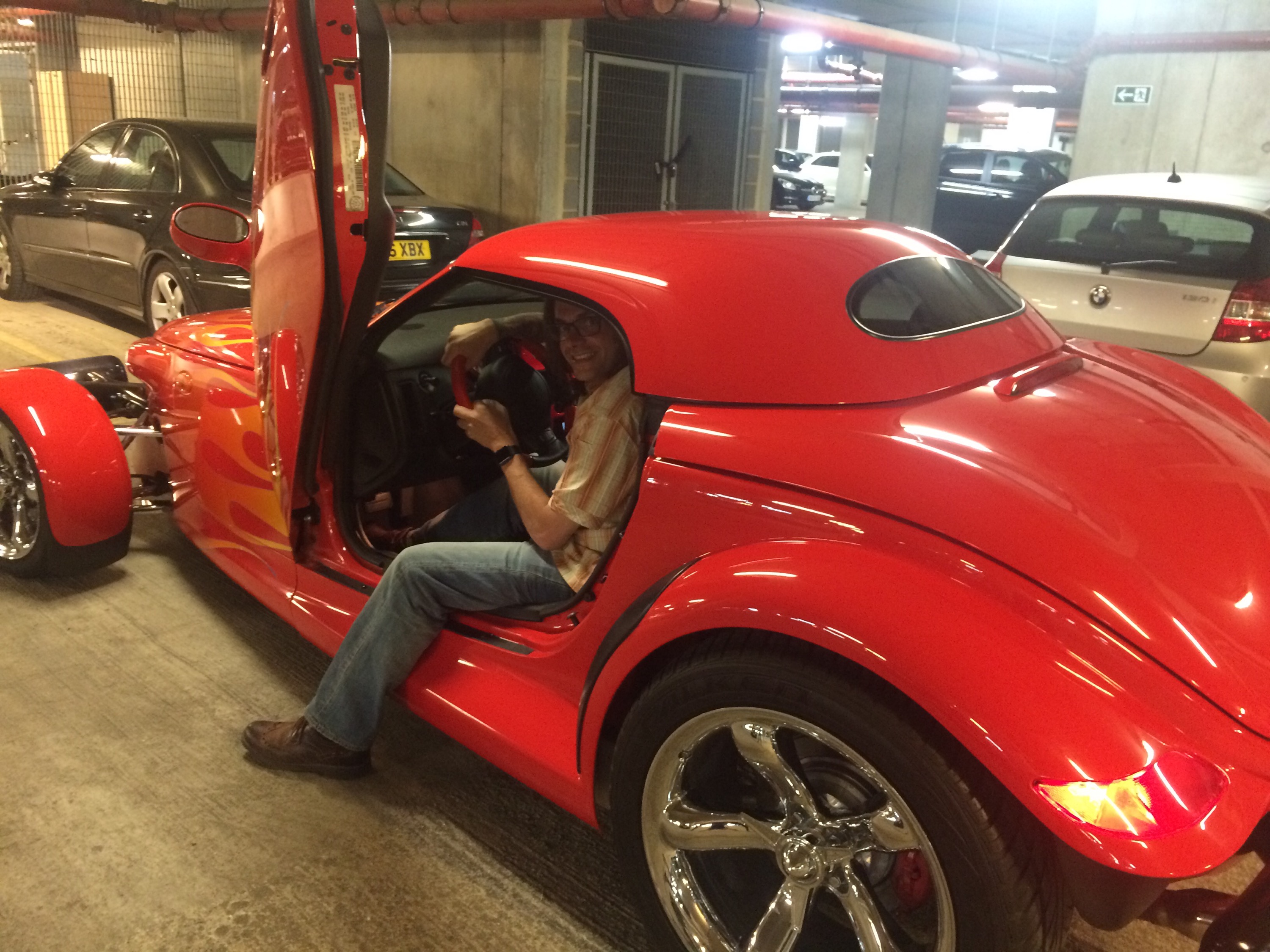 Got to the garage at about 4:30, did a final check and shortly after 5 pm I was able to finally drive away with my car .. So what’s the verdict ?

I had taken exactly 2 left turns, less than a 1/4 mile and I come to a roundabout, I see an arm extend outwards from the car, it was a woman passenger with a mobile phone taking a picture of my car … 1/4 mile from pickup .. Is that a record ?

I then drove 1 hour to London, along the way it got scary at times, at one point I had one big truck on my left with a guy on a table taking a picture while driving while at the same time another on the right also driving while taking a pic with his phone, I kept thinking one of them would loose focus and smash against us

People would drive by and honk to give me thumbs up, but the best one of the day was when I got to london, as I drove on the slow roads I came to a stop light, I had my window down and I just hear this scream on my left, it was this 6-7 year old freaking out, yelling for daddy “daaaaaaaaaad, look at that car !!!” … It was quite cute, she was jumping up and down in excitement

Wherever I drove, people would scramble for their phones to capture a pic

Then it got even more weird, I parked on the street to pick up my girfriend and this modified VW stopped next to me, these two youg chaps just then bombarded me with questions, at the end one of them asks me bluntly if I smoke weed and if I want to go out and party with them and get high …. Tempting … Tempting … But I declined, my prowler is the only drug I need …

I pick up the GF and head out to a local bar to have a bite, I park the car within eyesight and sit for the evening, I counted close to 10 people going over and taking snapshots, you could see as they would enter the bar they would looks around .., no doubt looking for the movie star that had the car outside !

I got back home, as I am parking, this kid (10-11) comes running and asks if he can have a ride .. I told him maybe next time :), put the cover on and it’s now resting until the next trip … What an exciting day, people are freaking out over it .. Love it!

Now my own views:

– this car is a b$tch to drive, you have zero visibility, rough ride and little comfort

– none of that matters, I had a grin from ear to ear

– I am experiencing a problem, the battery might be going bad on me, if I stop and turn it back on, it starts fine, if it sits for 10-20 minutes I have some trouble starting it, need to bring it back to the mechanic

– the labo doors, absolutely awesome, but need to be careful, they can be tricky to close and you hit the door into the latch

Overall, I love it, have made a commitment never to sell, but it could never be a main car, this is a cruiser to take out on joy rides and make people smile 🙂

7 thoughts on “Yay, finally got to drive my car!”